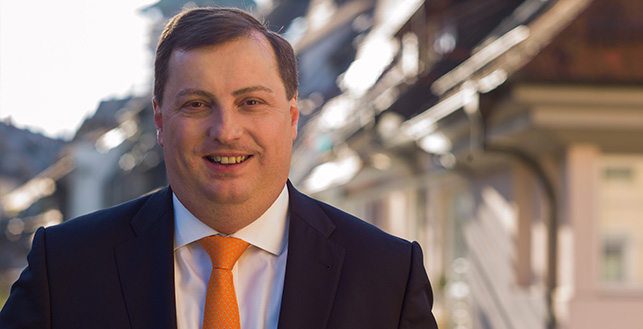 Dear Members of the County Council of Drom Hashorn,

on behalf of the City of Freiburg I welcome you in the old Court Building of the City Hall!

I am very happy that you use the opportunity to visit our city in the vicinity of the Emmendingen County.

Let me give you a brief introduction to Freiburg. Our city has two-hundred twenty-thousand inhabitants. Freiburg is the centre of a region with about six-hundred-thousand people. Approximately forty percent of the city’s vicinity consists of forests, more than half of which are nature protection and landscape conservation areas.

Freiburg is also the centre of one of the most important wine-growing regions in Europe.

The historical structures and the political sensibility, which have evolved over time, have been helpful in building a special awareness for the protection of our natural means of existence in Freiburg – in short: for environmental policy; and this a long time before there even was a term for it in the German language.

Today, Freiburg is a city that brings ecology and economy together for ecological growth and new sustainable jobs. We call this main issue of our politics “Green city”. This common vision is shared among all political parties represented in Freiburg and has no special link to the political party “The Greens”.

Freiburg is the seat of one of the oldest and most prestigious universities of Germany. The Albert-Ludwigs-Universität has been founded in 1457. In 2007, the Freiburg university has been awarded the title of a national elite university together with only 8 further German universities.

The Albert-Ludwigs-Universität is a centre for scientific research, with a new department for natural and applied sciences at the university. Several national research institutes supplement the scientific landscape of Freiburg of which I would like to specifically mention the Max Planck Institute for Immune Biology or the five Fraunhofer Society institutes.

These research institutes are linked to the industry, including innovative growth industries such as environmental economics, solar technology in particular as well as media economics, microsystems technology and life sciences.

This combination of a vision of the “Green City” shared by all political parties, and best resources of science and innovations are best conditions for an international meeting place for big players from the solar industry, in particular those connected with solar research. Experts from all over the world meet in Freiburg at numerous trade fairs and conferences to discuss the latest trends in renewable energies.

tomorrow will be November 9. On this day, we commemorate the horrible pogroms of November 9, 1938 which took place all over Germany and also in Freiburg. On November 10, 1938 at around 3 o’clock in the morning the synagogue on the Werderring was burned and completely destroyed. It is important for us as young Germans born in the seventies to shape our nation’s and Europe’s political future without forgetting the still incomprehensible and singular crime of the Shoa commited by Nazi-Germany against the Jewish people.

In September 2007, I visited together with a group of young members of my political party from Freiburg, the young Christian Democrats, Tel Aviv and your beautiful country.

I seriously hope that one day Tel Aviv and Freiburg can establish such a strong relationship as between Drom Hashorn and the county of Emmendingen.

I wish all guests many interesting impressions and experiences, and a pleasant and inspiring stay in Freiburg to all of you! Have a good time in Freiburg!

Thank you for kind attention!